Welcome to the HSN database! Here you can learn about the history of the field of natural history through the collections of significant naturalists of the South, especially those associated with the University of South Carolina. This project is ongoing, so please bookmark the site to see what’s been added.

During the colonial period in North America, centers of scientific thought were often associated with port cities such as Boston, New York and Philadelphia. However, the southernmost port city of Charleston should not be overlooked, as it was the center of intense scientific investigations through the mid-1800s. The founding of South Carolina College in 1801 drew the attention of scientific pursuits to the inland city of Columbia, and there began an important legacy of scientific collections.

Since that time, the University of South Carolina (formerly South Carolina College) has amassed a collection of both archives and objects dating to the earliest years of the field of natural history. This website cross-references digitized images of object and archival collections documenting the work of significant naturalists associated with the University, who worked in the South. 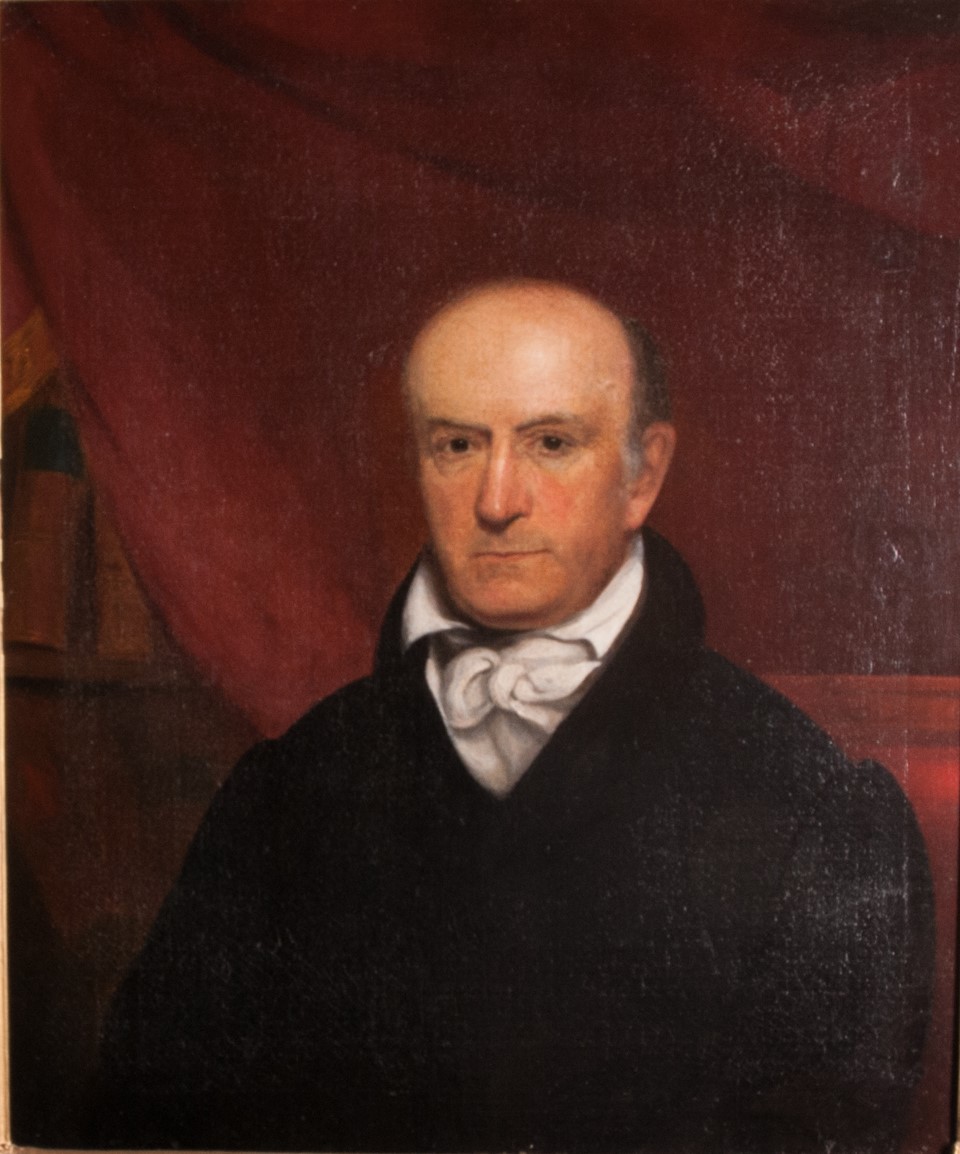 Thomas Cooper was born into a land-owning family in Westminster, England in 1759. He attended Oxford University completing coursework in law, medicine and the natural sciences but left the university without a degree. Cooper’s involvement in politics started as early as 1790 when he participated in religious tolerance campaigns and joined the Manchester Constitutional Society. Cooper and another Society member were sent to Paris in 1792 though the violence of the French Revolution forced them back to England in 1793. Soon afterward, Thomas Cooper visited and permanently relocated to America in 1794, again inserting himself in the politics of the region. In 1799, Thomas Cooper found himself at odds with President John Adams and was found guilty of publishing false and malicious writings against the President under the Alien and Sedition Law. Cooper was fined and imprisoned for six months, during which time his wife Alice passed away. Beginning in 1804 and until 1811, Thomas served as a judge until his removal from office.

The remainder of his professional life was spent in the academia, holding multiple positions at Dickinson College, University of Pennsylvania, and finally at South Carolina College in 1819. Cooper began his tenure at the South Carolina College as a professor of Chemistry, Mineralogy, and Geology. After Jonathan Maxcy’s death in 1820, Thomas Cooper became the second president of South Carolina College. During his years in England, France and in America, Cooper avidly collected mineral and rock specimens, amassing a large collection by the time he arrived in SC. In 1821, the South Carolina state legislature purchased Cooper’s mineral and fossil collection for the college, thereby establishing the first collection owned by the institution. Although originally utilized to supplement classroom lectures, the geology collection’s intrinsic research value and potential as a core museum collection was quickly recognized.

Lewis Reeves Gibbes, the eldest of eight children, was born August 14, 1810 in Charleston, South Carolina. Lewis excelled in his studies early in life and was a student of Dr. Thomas Cooper’s at South Carolina College, graduating in 1829. Two years later, he returned to SCC as a mathematics tutor (1831-1834) and instructor (1834-1835). While in Columbia, he began a study that resulted in the publication of the Catalogue of the Phoenogamous Plants of Columbia, S.C., and Its Vicinity. In 1836, Gibbes completed the medical program at the Medical College of South Carolina in Charleston. He studied abroad in Paris after medical school, and upon his return to Charleston began what would be a fifty-four-year career with the College of Charleston. Exacting but endearing, Gibbes was a professor of mathematics, chemistry, physics, and astronomy. Lewis Reeves Gibbes was a well-connected and prominent scientist who enjoyed many opportunities through the American Association for the Advancement of Science. During the mid-nineteenth century, Gibbes was a leading expert on American crabs and authored the first publications on South Carolina’s marine algae. An avid collector of the natural world, he described his own cabinet of crustaceans in 1850 as “the largest I believe at the South.” Many consider Lewis R. Gibbes to be one of South Carolina’s most versatile scientists. While his interest in mineralogy is overshadowed by his many other accomplishments, Gibbes’ large collection of minerals was significant enough that the University of South Carolina purchased the collection shortly after his death. 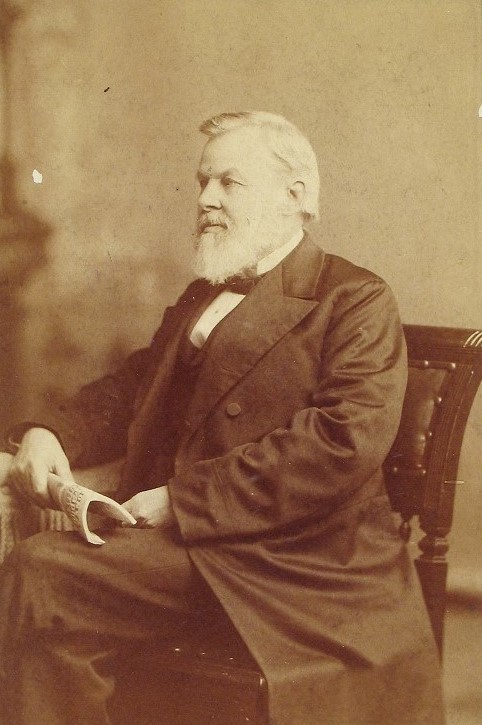 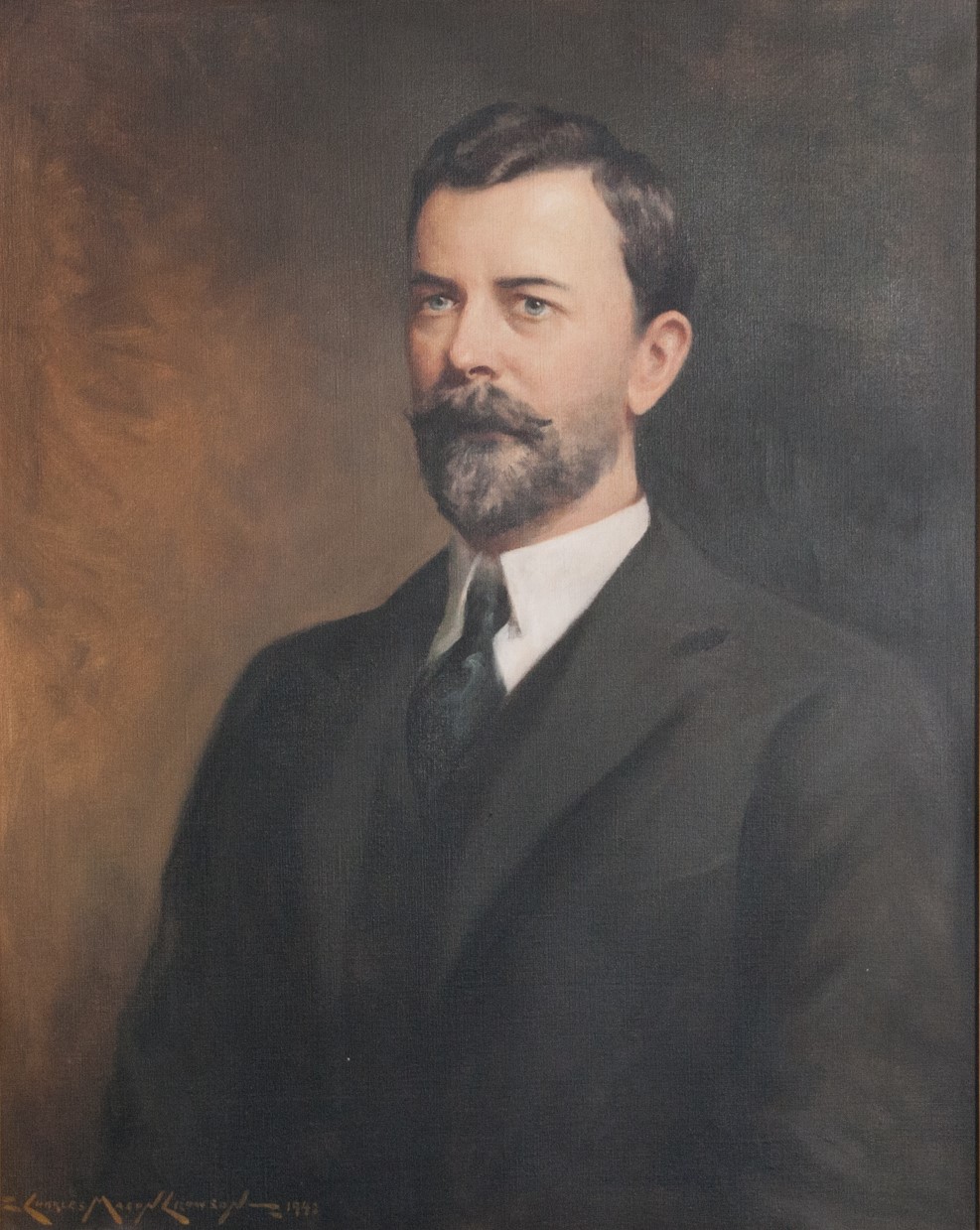 Andrew Charles Moore was born near Moore, South Carolina on December 27, 1866. He attended South Carolina College in 1883 becoming one of the institution’s first Honors graduates in 1887. Moore served for eleven years as a public-school administrator in Alabama and South Carolina, before attending graduate school at the University of Chicago in 1898. He obtained his doctoral degree in 1900, the same year that he began his career at South Carolina College as an associate professor of biology, geology and mineralogy. In 1904, Moore was promoted to full professor and in 1905 was named the first Chairman of the Department of Biology, a position he held until his death. Moore served as acting President of the University of South Carolina from 1908-1909 and again from 1913-1914.

A biologist, Moore was particularly interested in botany. Among his research interests were the formulation of concepts on reduction division, as observed in liverworts. Considerable evidence in the McKissick Museum collection exists for Moore's usage of the word "meiosis" in its modern context, as the first ever in biology. Dr. Moore also founded the current herbarium with his own collections in 1907.